All too often, highly accomplished people walk around feeling like imposters.  Truth be told, I feel that way occasionally. Recently, I was talking with two friends and realized we had each faced decisions where our initial response was to feel overwhelmed, under-prepared, and generally fraudulent.  Meet Christine and Steven-my two friends.

Christine recently accepted a new VP position and it was a great step for her. She had been courted by the CEO, offered a salary increase (to the tune of 40%!) and asked to take on exciting responsibilities. Yet, she was miserable. When she talked about this new opportunity, several things emerged. 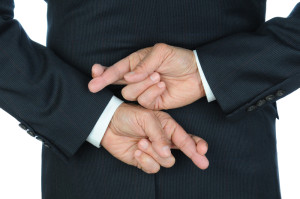 Christine felt that asking questions about things she did not know or understand would weaken the initial impression her CEO and team had of her. Somehow, she believed that she was expected to already “know” the answers.

Even early in her new position, colleagues experienced her as distant and aloof. She seemed to want to ‘fly solo’ instead of being the team player they were expecting.

At first pass, Steven was in a different place. Historically successful as an entrepreneur, he was filling every spare second of his time accruing training, certifications, and degrees. His professional life was effectively on ‘hold’ while he continued to seek more educational trophies.

Both Christine and Steven were experiencing variations of Imposter Syndrome.

What is Imposter Syndrome?

Imposter syndrome can be broken down into a few key components.  Those who suffer from Imposter Syndrome:

“They are afraid of being seen as an Imposter, a Poser, or a Fraud.”

If you are a high achieving expert in your field of work, chances are that you have experienced similar fears.

YOU ARE NOT ALONE! Imposter Syndrome is epidemic amongst physicians, lawyers, executives, and impacts 7 out of 10 professional people.

Let’s break this down a bit further. Examine the diagram below. The left image represents how people suffering from Imposter Syndrome see the world. The right image is more in keeping with the way the world really is. Both Christine and Steven (and I) were stuck on the left side of this diagram.

EVEN THOUGH her CEO had confidence in her, her work spoke for itself, and she had superior skills, Christine was unable to see the positive things she brought to the table.

Steven was addressing this skewed perspective slightly differently. Instead of trying to camouflage his perceived inadequacy, he was stuck trying to enlarge his ‘circle’ of knowledge. He was in a place of paralysis; attempting to learn everything about everything before taking his next step professionally.

Do You Have Imposter Syndrome?

If 7/10 people suffer from Imposter Syndrome, odds are that it affects you. How can you tell? Let’s go through a quick checklist:

Do you have more yes’s than no’s? If so, you have Imposter Syndrome.

The more successful, intelligent, and accomplished you are the MORE likely you are to suffer occasional bouts of feeling like a fraud.

Make a Plan-It’s Not the End of the World

Maya Angelou was one of the most renowned authors of our time. She was also quite transparent about her own battles with Imposter Syndrome: “I have written eleven books, but each time I think, ‘Uh oh, they’re going to find out now. I’ve run a game on everybody, and they’re going to find me out.’”

Imposter Syndrome does not have to derail you. Both Christine and Steven are successful people. The root of the challenges they face is Imposter Syndrome. But they now have a playbook for future action and are on the lookout for that pesky little voice in the back of their head telling them they are undeserving of their success.